How Many Types of Solar Cells Are There? Currently, there are 3 popular solar cell systems: On-Grid System, OFF-Grid System and Hybrid System. These 3 systems are used to produce solar energy, but what are the differences between the three systems? Wealth Tech Renewable has the answers for you. Off-Grid System or Stand Alone works like an on-grid system by taking energy into the inverter and converting direct current (DC) to alternating current (AC) , as well as generating electricity to the batteries. The capacity of the battery (number of batteries) will depend on the energy needs of each house. The difference with the off-grid system is that it is not connected to the Metropolitan Electricity Authority (MEA) or Provincial Electricity Authority (PEA) distribution system, so there is no need to apply for an electricity permit. Therefore, this system has a higher price than other systems. Suitable for homes where electricity is not yet accessible.
Pros : In case of being in a remote area where electricity is not accessible. There may be power outages or blackouts frequently, using an off grid system can help fix power outages or blackouts in your home.
Cons : The price is a bit more expensive than an on-grid system because it uses more equipment to install. If there is no sun or continuous rain for several days, it can drain the battery. The Hybrid System is a newly developed hybrid system combining On-Grid system and Off-Grid System. The only difference in this system is the battery backup power. The hybrid system is connected to the Metropolitan Electricity Authority (MEA) and Provincial Electricity Authority (PEA) distribution system. When there is no sunlight or producing more electricity than it uses, the system will charge electric current to the battery to store the remaining energy produced during the day to be used at night. Installing a hybrid system requires permission from the Electricity Authority, similar to On-Grid systems.
Pros : The power system is very stable because there are 3 power sources (solar cell + battery + electricity from electricity authority) to help each other out. It also acts as a backup power system, allowing the house to still have electricity even when the power goes out.
Cons : The system is very complex. The price is still a bit higher than the on-grid and off-grid systems

Each solar cell generation system has its own advantages and disadvantages. We hope you find this article useful for those looking for an alternative energy that can be deployed because the choice of the system depends on the application and budget. 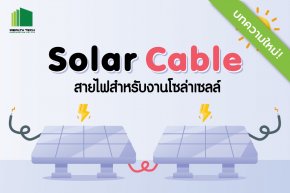 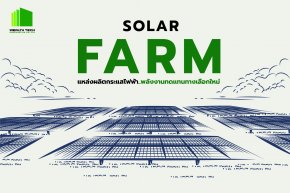 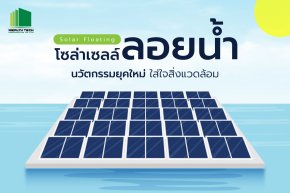